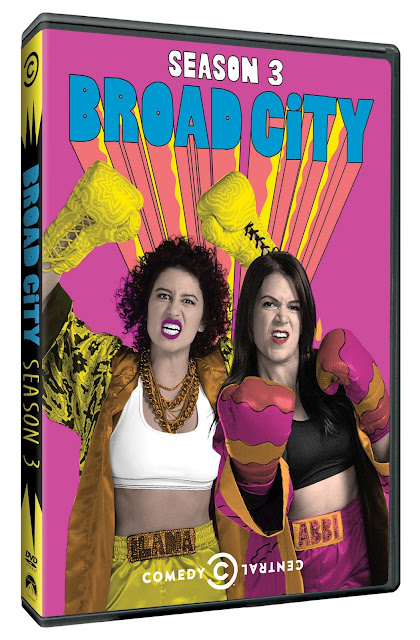 Ok, so this may be my favorite post/giveaway yet.
If you find yourself saying "YASS KWEEN" frequently this is for you.

If you don't know who Abbi & IIlana are, prepare yourself.
This show is will keep you laughing, then make you call up your BFF.
The seaon 3 DVD is available in stores now!
Check out the trailer for the Broad City season 3 DVD below
___

Enter below
a Rafflecopter giveaway


The critically acclaimed Comedy Central series from executive producer Amy Poehler, Broad City Season 3 brings back TV's baddest BFFs for a whole new set of adventures. Join Abbi, Ilana and a lineup of special guests as they find true love (or one-night stands), get high on life (among other things) and show New York City how it's done.

The new DVD includes all 10 episodes from Season 3, uncensored with 30+ minutes of bonus features.

“In Season 3, Broad City shines...” – Time Magazine
“Season 3 of Broad City Is Abbi and Ilana’s Best Yet.” – Slate
“Broad City isn't just the funniest comedy on TV — it's a way of life.” – Rolling Stone
“It’s hard not to get sucked into the wickedly ridiculous world of Broad City.” – Entertainment Weekly